It’s not often you find out the stories of past lives lived in your home. Homes can become such a nostalgic part of a person’s life that it is, at times, hard to let go or go back. But sometimes, a home is so special that generations of homeowners share their love and are happy to pass stories on to the next family. This was our Wortman house.

Here is our renovation story:

My husband Nathan and I became caretakers of this homestead almost 5 years ago. When we bought it, it had been renovated and added onto in each prior decade of ownership. The latest renovations had not been completed so we took on a house that had stairwells without stairs, a half-gutted kitchen, an added wing of raw construction, stained carpeting, rotted exterior walls, broken windows, a leaking in-ground pool, overgrown landscaping and so much more. Daunting is the most appropriate word to describe the task we undertook to bring structure and charm back to this old farmhouse.  The bulk of renovations took place within a year. Apparently, we are crazy gluttons for punishment as we also had a 3 year old and 6 month old when we began.

Before, there was no consistency in design, continuity or emphasis on the farmhouse character of the house. Instead you had a hodgepodge of different rooms from different eras – 50’s, 60’s and on. Plus, we had the work of taking out unfinished prior renovations that were not in line with our new vision. We knocked out walls, got rid of a stairwell (Fun fact: over the past 10 decades each time a new addition was added on to the house, they would make a basement under that addition and additional stairs to that basement. What you ended up with is a house with 3 separated basements and 3 stairwells, one to each basement! And, only two of the basement areas were connected by a single doorway, the other basement section was not connected so you had to walk upstairs through the house to its stairwell to reach it.) Once we floored over the stairwell, we had room to bump out the kitchen and create our vision of what we liked to call a “floating kitchen”.

From a five room area, we created a huge cooking, gathering and entertaining hub – truly the heart of the house. With the kitchen, “floating” in the center you had a great space for food prep and cooking while your kids, family and guests can be with you but not in the way. With a sitting room, dining area, breakfast nook and 2 breakfast bars, it makes for wonderful family and friend gatherings. To bring the 5 different room areas together, we created beams to run the length of the spaces with chunky wood pillar supports. This visually divided the areas, created structural support and gave it a beautiful rustic look to compliment the old beam ceilings we uncovered and restored.

During demo, we found that one area was originally an old porch with a bead board ceiling. While we couldn’t leave the original ceiling open due to having to add insulation, we did want to keep the spirit of it and added a new planked bead board ceiling to the dining area as a nod to its past life as a porch. With a floating kitchen, we did not want many upper cabinets to block the openness of the entire space. To give needed storage, instead, we custom built a bank of cabinets with vintage seeded glass by the breakfast table. It also acts as a half wall to the stairwell behind it. Most people assume it is an original to the house as it has so much character.

We added a new metal roof, all new windows and light fixtures fitting to our modern farmhouse look. We also added all new wood flooring and carpet to the entire house, drywall to half the house and completely gutted and refinished one of the bathrooms. The original double fireplace, china cabinets and mantle mirror just needed cleaned and fresh paint to bring out their character and charm.

The 3rd basement area (the one not connected to the other two) has just recently been completely renovated from a stone block, concrete floor basement to a spacious master suite and living area with it’s own full bath. It now has double French doors that walk out to the backyard, giving it it’s own entry and exit.

The other major renovation we completed was to the yard. When we bought it, it was a broken down diving pool that took up almost all of the back fenced-in area. Huge overgrown bushes dominated the space around it and rotting wood steps, cracked concrete and a gravel area under the deck made up the rest. When we ripped out the bushes, they were so huge and overgrown, we actually found a lawn chair hidden in them! We filled in the pool, ripped out all the overgrown landscaping, tore up the old concrete and poured new walkways and seating areas, and built a new, much larger picket fence to surround the whole area.

We then turned our focus to the back deck which had no stairwell or access to the backyard – no idea why… We added a roof to make it a true 2 story porch. Of course, we also added a wood staircase down from it to the back play area. Now the upper porch gives you gorgeous views of the back play area, the woods and the lake. Before, you wouldn’t have even known the lake was there as the trees were blocking all visuals of it. We quickly remedied that by cutting down some trees and opening it up so you can see it from the house and back porches. Now, deer, cranes, geese and turkeys all can be seen walking by or swimming in the lake. The deck is now what we call a gracious porch reminiscent of Southern porches and their focus on hospitality. A large antique bed made into a porch swing is the centerpiece of it, with outdoor couches and tables making it a main gathering area in the spring, summer and fall.

Finally, we took out all the old landscaping and planted banks of classic, boxwood bushes and flowering hydrangeas to compliment the old world vibe of the house.

Did I mention there is an epic treehouse? Yes, one of the most unique things on the property is the 3 story treehouse with a suspension bridge, siding and a roof. It definitely gives the property a sense of Neverland as its seems a house for lost boys and magic.

There is also a cute cottage we use for storage and an old horse barn on the property. We replaced all the structural pillars of the barn and graveled the inside. With the property located in what we call, “horse country” it is perfect for raising livestock and horses.

The vast majority of renovations were done by my husband and father-in-law and a rotating host of loving family and friends. We hired out the roof, the lawn grading and demo, concrete pouring and new electric throughout the house. Everything else was done by us. I am the designer and my husband, Nathan makes it happen. Together, we were able to make a dream home rooted in history and farmhouse charm.

About a year ago, we decided it was time to move on and tackle a new house renovation. We couldn’t be happier that the home we created with such love, was bought by another family that wanted the same homestead lifestyle and cherished all the hard work we put into it. As an added bonus, once the house was put up for sale, the previous homeowners and the children who grew up there, contacted us and asked if they could tour the house. There is nothing more fulfilling than the approval and delight of others who have loved a house as much as you have. It was a gift to pass on to the new owners pictures and stories of those very people who had made this house a home.

Bobbi is a creative mother of five beautiful girls. She studied Journalism with Mass Communication, Web Design, and History at the University of Southern Indiana. After 3 years of drawing in online communities, under the handle My_5_Girls, and selling numerous illustrations, her graphic designs have found a large following with a big fan base. This launched her into seeking more drawing and design opportunities. She writes a popular parenting column for examiner.com and has a well-read blog about raising a child that suffers from Tuberous Sclerosis www.my5girls.com. She is also a published children’s book author. Bobbi is owner of 5 Pink Peonies, a custom graphics and stationery business. She takes pride in every design she creates. View all posts by Bobbi Hammonds

All rights reserved. This blog or any portion thereof may not be reproduced or used in any manner whatsoever without the express written permission of the publisher except for the use of brief quotations in a review.
For permission requests, write to the publisher, addressed “Attention: Permissions Coordinator,” at the address below. 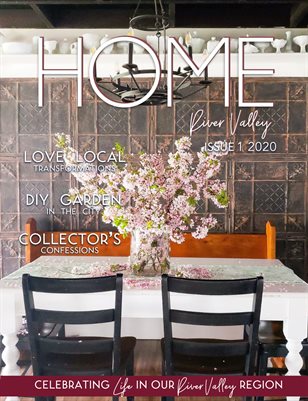